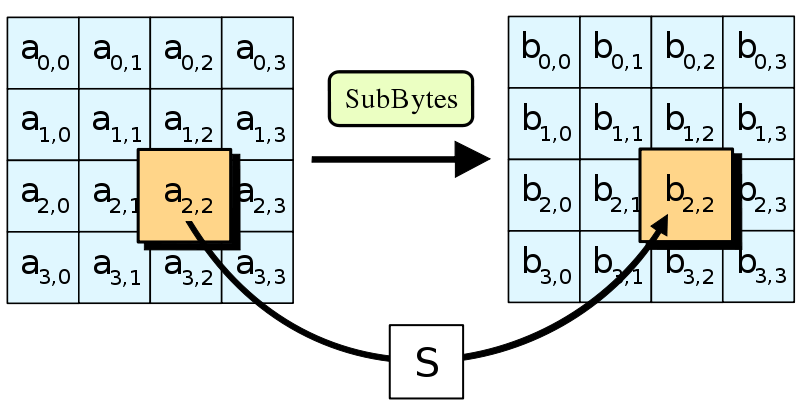 AES is an algorithm for performing encryption (and the reverse, decryption) which is a series of well-defined steps that can be followed as a procedure. The original information is known as plaintext, and the encrypted form as cipher text. The cipher text message contains all the information of the plaintext message, but is not in a format readable by a human or computer without the proper mechanism to decrypt it; it should resemble random gibberish to those not intended to read it. The encrypting procedure is varied depending on the key which changes the detailed operation of the algorithm. Without the key, the cipher cannot be used to encrypt or decrypt. In the past, cryptography helped ensure secrecy in important communications, such as those of government covert operations, military leaders, and diplomats. Cryptography has come to be in widespread use by many civilians who do not have extraordinary needs for secrecy, although typically it is transparently built into the infrastructure for computing and telecommunications (source: Wikipedia)

The default protection for Microsoft Excel 2010 is SHA1, 128-bit AES. In Office 2007, ECMA-376 with SHA-1 hash and AES-128 encryption is implemented. The number of hash rounds is 50000 that makes password recovery really difficult and slow. Office 2010 also uses SHA-1 and AES-128, but the number of hash rounds is now 100000. Therefore password recovery for new Office files will be two times slower.

Starting from March 2012 we recover Excel xlsx 2010,2007,2003 encrypted files (SHA, 128-bit+ AES) in a record time(usually couple of hours) with a 98% success rate. So far, we are the only online company which provides such service.
© 2003-2020 password-online.com - - All rights reserved. The content of this site, including the copyright on the texts, belongs to password-online.com and is protected by law. The content of this website may not be reproduced, in part or in whole, in any form. Breaking these rules will lead to prosecution.